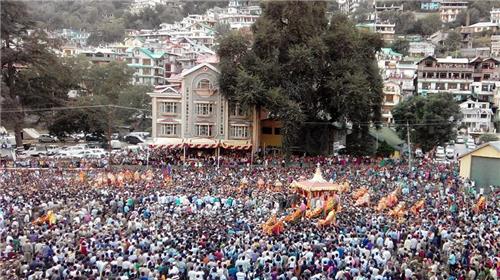 Culture is a continuous process, which grows over the time.  It is generally influenced by geographical position of the area as well as its history, mythology and religion.  In Kullu, it has been influenced as much by the recorded history as by different mythological tales prevalent in this area since time immemorial. Moreover, the area had its first motorable road in the post independent era. This long seclusion from the outside world has helped the people to nurture their own culture. Consequently, we find the culture of Kullu to be unique in many ways.

The People of Kullu

The people of Kullu have always been simple, pious and well entrenched in their traditional beliefs.  They are also known for their truthfulness and hospitality. Yet they are a spirited lot. Indeed, their jest for life comes out not only during feasts and festivals, but also in their day-to-day activities.

People of Kullu in Himachal Pradesh are very fond of flowers. They also love colorful dresses. Women love to wear bold and bright ornaments. Singing and dancing are also their forte.

Earlier, agriculture and horticulture were their sole means of livelihood. However, with the spread of education and increased interaction with the outside world, there has been considerable change in that. Although they still adhere to their traditional way of life, they have also amalgamated what is good in other cultures and thereby enriched their own.

Although Hindi is the official language of Kullu, people here mostly speak in Kulvi, which is also known as Kullu. It is a dialect of Western Pahari language, which is spoken by a wide variety of people in lower Himalayan region. However, due to close interaction with the people of Punjab, Pahari spoken in Kullu has a Punjabi influence and thereby has a distinction of its own. 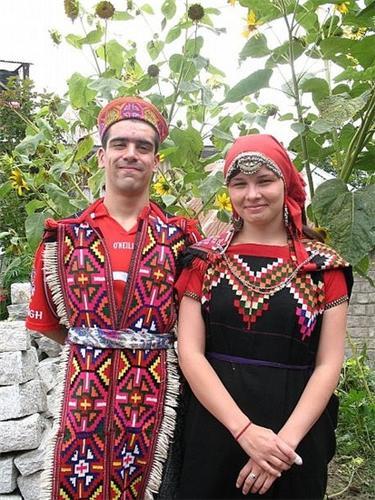 Because Kullu has a cold climatic condition, warm clothing is a part of everyday attire for the people of this region. Traditionally men in Kullu wear pajama and kurta. They also use a distinctive headgear, popularly known as Kullu cap.  Women also use a headdress known as Dhatu and Thilu. Shawls known as patto are also another integral part of their dress.

People of Kullu mostly follow Hinduism. However, here too they have been able to establish their distinction. Along with pan-Indian deities, they also worship sages of yore as well as different tribal Gods and Goddesses. Hadimba/Hiramba Temple in the Valley is a pointer to this fact.

Art and Craft in Kullu

Kullu has a rich tradition of folk arts. Their amazing temple architecture gives us a fair idea of that. Added to it are their vibrant handicrafts, melodious folk songs and spectacular folk dances; all these indicate how very artistically inclined the common people of Kullu are.

Handloom occupies a pride of place in the handicraft sector in Kullu. Until recently, almost every

house in the valley had a handloom of their own; the householder wove their own clothing at home. However, this has changed drastically and people of the town now buy their clothing rather than make it at home.  Nonetheless, a large section of the population is fully or partially egged in this field even now.

Among all the handloom products in Kullu, shawls come first. They are famous all over the world for their intricate colors and designs. Traditionally, these shawls are multicolored. Different shades of red, green, yellow and grey are used on white, grey or brown base to create a gorgeous effect. They generally have stunning geometric designs on both ends. Some of the shawls also have flowery designs woven all over or on the borders.

Earlier Kullu shawls were simple but bright. Complicated designs began to appear when Bushehari artisans from Rampur area began to settle in Kullu. The shawls underwent further changes when they began to be made for commercial purposes. To cater to the customers’ demands, Kullu weavers have also started using lighter shades.  Moreover, these shawls are now being made from different kinds of materials such as merin 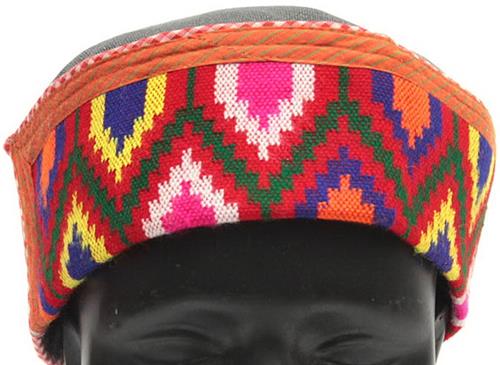 o wool, pashmina wool, angora wool etc. Prices depend as much on the material used as on the number and size of designs.

Equally famous are the Kullu caps. These are made out of woolen materials and are round in shape. They have colorful border on their sides. These designs are woven in small looms. To cater to the market demand, weavers are now using both synthetic and vegetable colors. Depending on materials used a cap may cost anything between Rs. 20 and Rs. 250.

Metal craft is another popular handicraft in Kullu. Craftsmen living in and around the town make amazing products out of copper, brass, silver and gold. They still follow the traditio

nal methods of casting, engraving and ornamenting to produce different types of masks, jewelry, musical instruments, household goods etc. Besides, they also produce beautiful Chhatras (umbrellas), palanquins and chariots for gods and goddesses. All these objects are engraved manually with images of gods and goddesses, local flora and fauna, tales from Ramayana and Mahabharata etc.

In addition to the above mentioned crafts, there are many lesser known articles made by the artisans of Kullu. While in town you can look for household articles made out of wood, slippers made out of grass, straw carpets, baskets, mattresses, woolen quilts, hand knitted woolen garments etc.  To know more about them you can also visit our page on Handicrafts in Kullu.

In addition, if you want to see those beautiful art objects in person, you can also visit Uruswati Himalayan Folk Art Museum located at a distance of 7 Km from the Main Market in Kullu.

Folk dances are a part of life for the people in Kullu. These dances depict not only the cultural heritage of the inhabitants, but also their vibrant lifestyle and their struggle to stay alive under adverse condition. No fair or festival is deemed complete without them. However, some of these dances are meant only for women. Charasay-Tarasay (also known as Birshu-Nirshu), Lalharhi and Kahika are few such dances. On the other hand, there are dances such as Bandhu, Horn Dance, Deo Khel  and Hulki Dance, which are intended only for men. Only the Natti dances require participation by both the genders.

Festivals and Feasts in Kullu 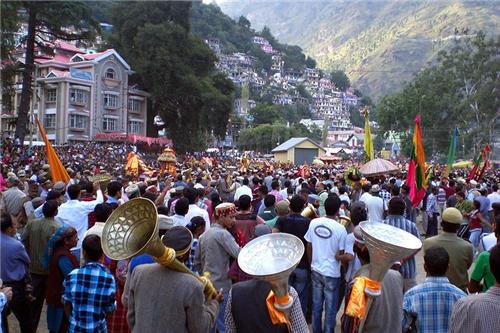 As we have already mentioned in the beginning of this article that the people of Kullu is full of life and this is amply reflected in their feasts and festivals celebrated throughout the year. Most important of them is the Dussehra, which celebrates the victory of good over the evil. The second is the Pipal Jatra, which is actually the Spring Festival.

Other than these two, there are many other equally popular festivals celebrated in different parts of Kullu Valley. Among them, Shamshi Virshu is celebrated on 13th April (1stBaisakh) in village Khokan. It heralds the New Year, but has a touch of spirituality in it. Before the worship begins, the Goddess is taken out of the temple. Yellow sheets of barley as well as garlands are offered to the deity; a goat is also sacrificed. Then the women dance and sing around her while the men look on. 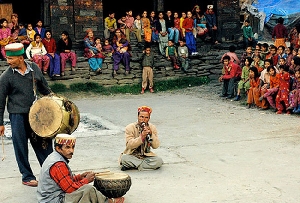 It is to be noted that most of the fairs in the valley are centered on religion, but they are not at all a somber affair. Contrarily, songs and dances form a major part of these occasions. Following are few of the fairs which are religious and yet full of fun and gaiety: