Kullu is popular among all types of tourists for the diversity it offers. It has amazing natural beauty that mesmerizes tourists of all genres and Kullu Valley does have many interesting places for sightseeing where visitors could actually rediscover their ancient history and rich cultural values. Kullu Valley is known as the residential place for all Gods and Goddesses and is full of temples and religious spots. One of the religious places of Kullu that attracts Hindus from all over the world is the Jagannathi  Devi Temple located at a distance of 10 km from Kullu Town. 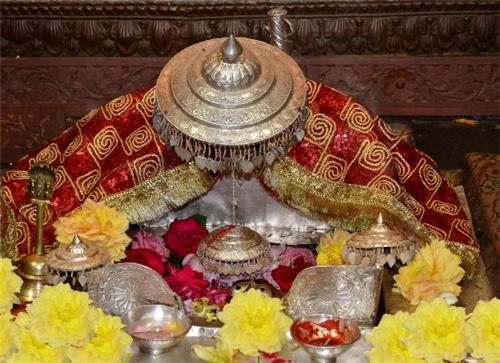 The main deity of this temple has an important role to play in the Dussehra Celebration of Kullu Valley.

Nestled with beautiful lush green surroundings and deep gorges and stretched valleys, Jagannathi Temple in Kullu is located about 10 km away from the heart of Kullu Town. It is located in the village named Bhakhali, a small village inhabited by the Brahmins. The temple is also known as Bekhli Mata Temple among the locals of Kullu Valley. The temple has huge religious importance. The chariot of Lord Raghunathji starts for the famous “Rathyatra” during the Dussehra celebration only after permission is given by Mata Bekhli from uphills. The temple was built more than 1500 years ago and is considered as one of the oldest temples of Kullu Valley. The main deity of this temple is Mata Bhubaneshwari Devi, sister of Lord Vishnu. The temple architecture is influenced by the local style-Pahari Style. 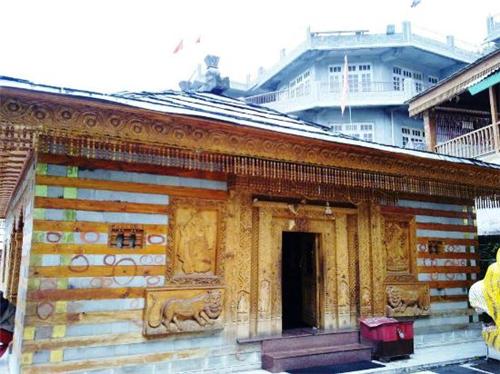 The idols of this temple have been influenced by sculptures of Rajasthan and Gaddi Tribe. The temple walls have beautiful carvings depicting various avatars of incarnations of Devi Parvati. The temple is located about 1800 m above the sea level. It takes about 90 minutes to reach the top and one could enjoy mesmerizing views of the surroundings along with having darshan of Mata Bhubaneshwari. At this temple two fairs are held in the months of April and June and Dussehra Fair is held during Kullu Dusshera Celebration. On the day of Dussehra many flock here to watch gur-khel that is organized at this temple. On this day, Devi Ma is taken out on a chariot after the sunset.

An interesting legend is associated with this temple. As per the legend, a shepherd boy of this area used to play his flute every day. One day while he was playing his flute he saw two girls dancing on the tunes of his flute. He managed to get hold of one of these girls. The girl whom he managed to catch was Devi Bhuwaneshwari who revealed herself to that boy. 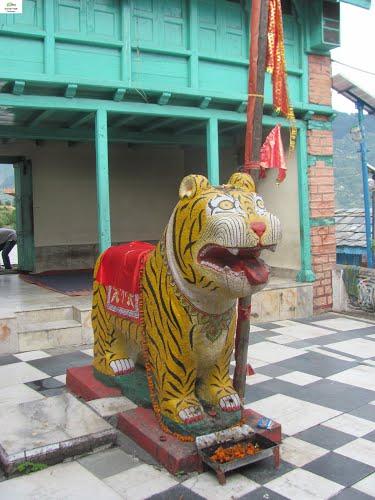 Then she decided to settle down in this village. The temple was constructed to show respect to Ma Bhuwaneshwari, sister of Lord Narayana. Lord Narayana had left the temple premise so that his sister could reside here.

The temple is located only 10-14 km away from Kullu Town thus it is easy to reach there through road. Tourists as well as pilgrims from entire Kullu Valley as well as adjoining areas can easily reach to Jagannathi Temple by bus or taxis. Those who come from other parts of the country can take rail or airways. The nearest railhead is only about 110 km away. The railhead Jogindernagar has ample number of buses and taxis running to Kullu Town. Passengers can also reach through air as the nearest airport is Bhuntar Airport only about 10 km away from the town. The best time to visit the temple is from October to March though summers welcome tourists and pilgrims with pleasant weather and wonderful surroundings.