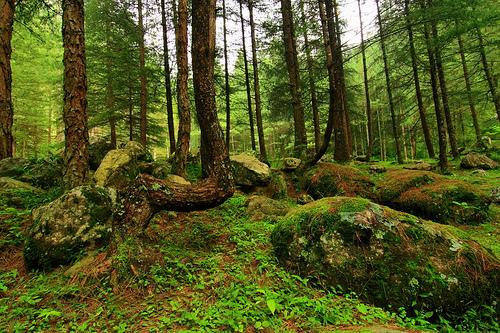 Kasol is a beautiful small village located on the shores of River Parvati. One could reach this village while traveling from Bhuntar to Manikaran and vice versa. The location of Kasol Village is towards the east of Kullu Valley at a distance of 42 km from Kullu Town. The altitude of Kasol Village is about 1640 m. Kasol is divided into two parts-Old Kasol and New Kasol. These divisions of Kasol are located on each side othe bridge. With un-spoilt natural beauty, pleasant climate throughout the year and very less population, Kasol is a major tourist attraction for the adventure lovers of India as well as many overseas countries. 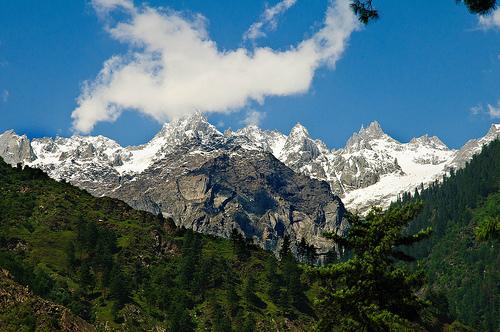 As Kasol is inhabited by many foreign tourists especially the Israelis, restaurants and eateries here in this village have started serving cuisines from these place to satisfy the platter of the visitors. Kasol is an important vacation destination for the tourists from Slovakia, Holland, Czech Republic and Austria. This adventure friendly village of Kasol has become one of the best tourist destinations for national and international tourists with its exquisite flora and fauna, River Parvati, snow-capped mountains and continuous ranges of Himalaya.

After reaching Kasol, one could visit the other surrounding places like Malana Valley, Waichin Valley and others. Stretches of white sand along the banks of River Parvati makes it an ideal place for leisure walk and nature lovers would definitely like the groves of apple trees spread throughout the area.

To help the visitors,  Kasol restaurants have facilities of foreign exchange. One could get varieties of accommodations like guest houses, hotels and home stays in the nearby places. Travelers get the nearest ATM at Jhari, a place about 25 km away from Kasol. Bhuntar Airport has banks and ATMs too.

Kasol is an important base for the trekkers. For trekking into the Pin Parvati Pass, Sar Pass, Khir Ganga and Yanker Pass, one has to reach Kasol. White Water Rafting in River Parvati is also very common activity here. 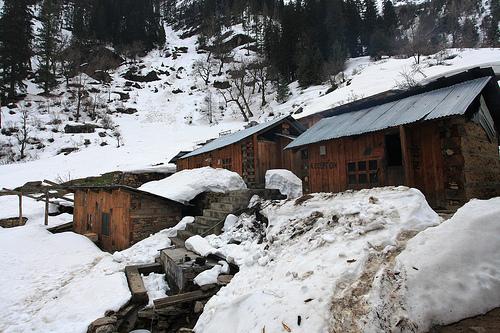 Trout Fishing is also gaining popularity in Kasol but for angling in Parvati River prior permission from the authorities have to be taken.

How to Reach Kasol

Kasol can be reached from Kullu side and the best way to reach here is the roadways. Buses run by the government and the private companies are there to reach Kasol from Kullu Town. For the overseas tourists, who are quite frequent in Kasol, the nearest airport Bhuntar plays the connecting link. Taxis can be hired to reach Kasol from Bhuntar. To reach Kasol by railways, the nearest railhead, Jogindernagar can be reached. Through this railhead Kullu remains connected to the rest of India through rail. By road Kasol can be reached from Manali side as it is only 4 hours drive from Manali.