Kullu Valley houses many significant religious shrines. Being a place that used to exist during the time of Puranas and had association of era of Lord Rama and Lord Krishna, it is quite natural that this valley is considered as the valley of Gods. Kullu has temples dedicated to different Hindu Gods and Goddesses and Mahadevi Tirth Mata Temple is one of the most significant temples of Kullu District. This article will provide historical significance of this temple and also details of the activities performed here. 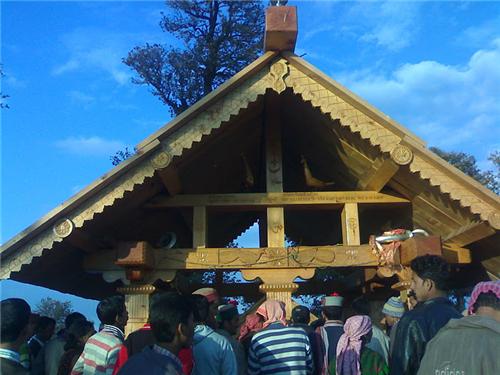 Mahadevi Tirth Mata Temple has the main deity as Devi Parvati. She is also known as Mahadevi. The temple was built in the year 1966 by a pious man named Swami Sewak Das Ji. Swamiji came to this beautiful Kullu Valley to spend some days in peace and to attain eternal peace. During his stay here, he discovered that Devi Mahadevi has her abode in these mountains. This temple is also known as Shri Mahadevi Tirth Sathan.

The local people call this temple by the name Vaishno Devi Mandir. The temple is located on the Kullu-Manali Highway just about 2 km away from Kullu on the north side. Though the temple is quite new as compared to the other temples of the region, the religious significance of this temple is same as that of the ancient temples of this region. Swami Sevak Das Ji had laid the foundation stone of this temple with an aim to serve all living beings selflessly.

The origin of the temple construction was there in the childhood days of Swami Sevak Das Ji. While he was doing his “Sadhana”, he got to hear the divine voice that instructed him to look for mother in the northwest region. This brought him to the Kullu Valley in the year 1962. Initially he could find divine mother in this valley and felt very frustrated. He then went to Mata Vaishno Devi located in Jammu. He had the darshan of Mata and she asked him to go back to Kullu and meditate in a cave. According to the saying, this was the cave where she did penance and won over Lord Shiva. She asked Swami Sevak Das Ji to serve humanity. 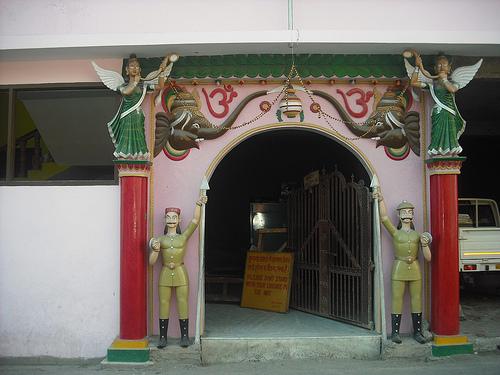 Sevak Das Ji came back to Kullu in 1962. After lots of difficulties he found out the cave that Ma had asked him to find out. After he managed to find out the cave he decided to enshrine the power of Divine Mother on the auspicious day of Shivratri. Since 1966, people used to call the cave as Vaishno Devi.

As per the philosophy of niskaam seva (selfless service), this temple has many services offered for the benefits of mankind. These services are: 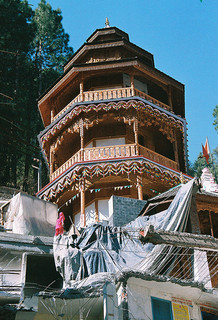 As Mahadevi Tirth Mata Temple is located very near to the Kullu Town, it can be reached easily by road. From town, devotees could take buses or private vehicles to reach the temple. Kullu is easily reachable through road. It has many buses private as well as government buses running between Kullu and major towns of the surrounding cities and states. The nearest railway station of Kullu is the Joginder Nagar Station and the nearest airport is the Bhunter Airport and conveyances are available from railway station as well as the airport.