One of the most charming valleys of Himachal Pradesh is the Kullu Valley. The length of the valley is about 80 km and it stretches from the north banks to the south banks of the river. Known for its gushing streams, green meadows, charming valley and high mountain ranges, Kullu is flocked with tourists throughout the year. Apart from enjoying the spectacular natural beauty of this place and breathe in invigorating air, tourists do have enough opportunity to shop for exquisite handicrafts and handlooms of Kullu. They can even visit many important places of interest.

Kullu has historical and religious monuments and many of them dates back to ancient India. Tourists would never like to miss out any of these monuments as they take them on a journey of history and let them feel and know the rich culture heritage of India.

Sujanpur Fort is considered as one of the most beautiful buildings in Kullu. The fort was built by King Abhaya Chand in 18th century. The fort has twelve chambers and a hall and it became the residence for King Abhaya Chand and his family as the British forces defeated him and was forced to lose Kangra to the British Forces. As Abhaya Chand was a patron for the Pahari Miniature Paintings, Sujanpur Fort became the hub of such paintings and people from all over the world keep coming here to enjoy the collection of paintings in this fort. 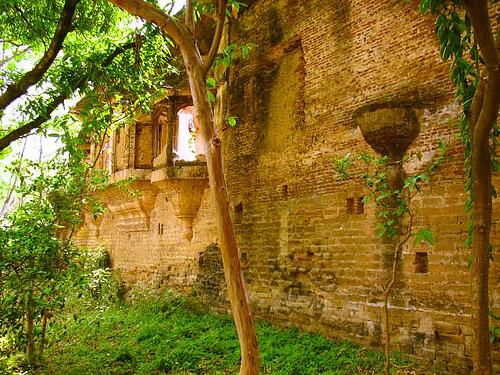 The temple of Narbadeshwar is another historical monument located here within the fort.

Built during the 9th-10th Century AD, this temple has two idols- one of Gauri( Durga Mata) and another of Shankar (Lord Shiva). The idols are installed on a pedestal and both the idols are placed on Nandi the Bull (vehicle of Lord Shiva). The three important parts of this temple are Bhadra, Karna and Pratiratha. The top or Shikhar of the temple has 9 levels and all of them have been ornamented and have decorations done with motifs. The entrance of the temple has a “mandapa” with pillars on both the sides. There are sculptures of Lord Ganesha, peacocks, musicians and dancers are found on the walls of the temple.

As per the structure and planning, Basheswar Mahadev Temple is considered as one of the finest structures in the Himalayan Region. Located at high elevation, this temple was built during the reign of Gujjar and Pratiharas in the middle of 8th-9th Century. The temple is square shaped and has its entrance in the eastern side. 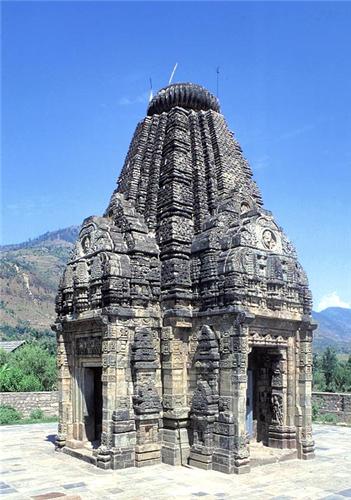 The temple has elevation of Kalasa, Khura and Kapotali. There are purana kumbha and ardharatana motifs decorating the pillars. The temple has main deity as Shiva Lingam and there are figures of Mahisasuramardini , Lord Vishnu, Lord Ganesha, Devi Ganga and Devi Yamuna in this temple premise. 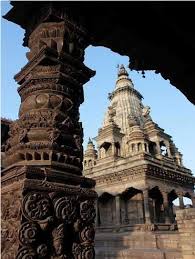 A magnificent palace in Kullu, Sultanpur or Rupi Palace became the residential place for the royal family of Kullu after the capital of Kullu was shifted to Sultanpur from Naggar.

The palace remains in the list of must-see places of Kullu. The wonderful and unique architecture of Sultanpur Palace is not the only reason why flocks of visitors keep coming here.

But the palace is an important center for the arts freak for it has very rich collection of Pahari Miniature Paintings.

The unique architecture of this palace is the result of amalgamation of Imperial architectural style and the Pahari style.

Naggar Castle in Kullu is a heritage monument. It was built in 15th century AD by Raja Sidh Singh. The castle overlooks beautiful Himalaya. The castle also houses the gallery of famous Russian painter Nicholas Roerich. Visitors also get to see religious shrines within the castle premise. The castle that depicts the architectural style of western Himalayan Region was made with stone and wood. 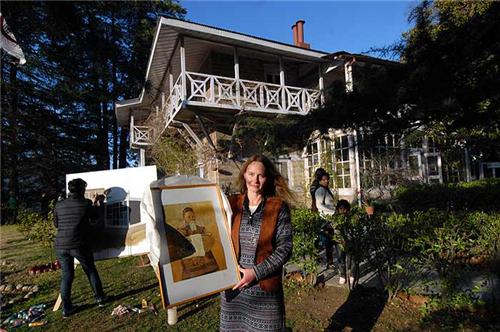 The residence of Nicholas Roerich, a renowned Russian painter, has been turned into an art gallery and museum and is supervised by a joint trust made by the Russian Government and Government of Himachal Pradesh. There is a room in the ground floor of this museum that has all the painting works of Nicholas Roerich displayed. Visitors get mesmerized looking at these masterpiece art works that showcase a different Himalayas through the eye of Nicholas.

Photos of this great painter are also on display. Quotations and admirations of the visitors about Nicholas’s art work are also on display in this museum. For an art freak, this museum will work as fresh breeze and for a person who has very less ideas about art; this one of its kind monument will help in rediscovering the great Himalayas in a different way.