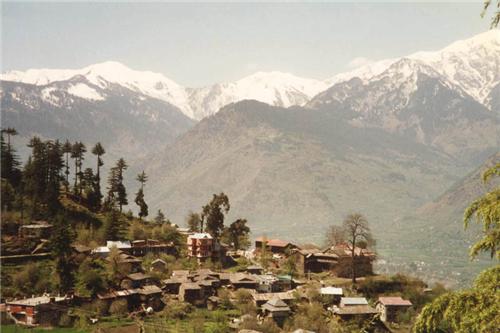 Situated on the left bank of the River Beas at an altitude of 1851m, Naggar was the former capital of the erstwhile Kullu state for nearly 1400 years. Naggar is an ancient hamlet that preserves within itself the noble spiritual values and the rich cultural heritage which Kullu had upheld in the past. It is located at about 300 metres above the river and is situated on a wooden slope that commands breath taking views, especially of the North-west side of the valley. Naggar is 25 kilometres away from the main town of Kullu and this ancient and beautiful place is also considered a popular tourist spot these days.

Naggar followed Nast (Jagatsukh) as the capital of Kullu. It was founded by Raja Visudhpal and it continued as a headquarters of the State until the capital was transferred to Sultanpur (Kullu) by Jagat Singh in 1460 A.D. A huge castle belonging to the Rajas of Kullu still exists here. The castle has been converted into a tourist lodge in the recent times and is built on a steep platform which overlooks the valley and dominates the entire village and the surrounding countryside. The castle was supposed to have been built during the reign of Raja Sidh Singh who commanded the castle to be constructed with the help of stones that were brought from the Baragarh Fort which is on the opposite valley.

There are quite a number of tourist destinations in the charming little village of Naggar such as the Naggar Castle, the Roerich Art Gallery and the Uruswati Himalayan Folk Art Museum. The place is holy and sacred for pilgrims as well because of the number of religious places like the Gauri Shankar Temple, the Muralidhar Temple and the Tripura Sundari Mata Temple and so on which are located here. The more adventurous visitors can also opt for activities like fishing, trekking and white water rafting.

Mode of Transportation to reach Naggar

By Air: The nearest airport to Naggar is in Bhuntar in the Kullu Valley which is at a distance of 36 kilometres. The airport at Bhuntar also has regular connections with cities like Chandigarh, Shimla and Delhi.

By Rail: The closest railway station to Naggar is located in Chandigarh. It is connected to various cities like Amritsar, Barmer, Chennai, Kalka, Kochuveli, Lucknow and New Delhi. 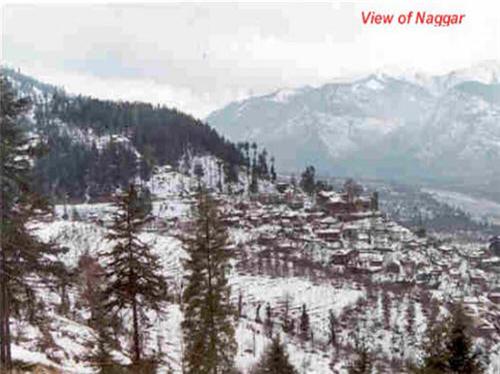 Naggar has temperate climatic conditions influenced by the presence of the towering peaks of the Himalayan mountain ranges. Summers have pleasant and mild weather conditions, which is also the ideal time for adventure sports, hence light cotton clothes are recommended.

Winters are cool and chilly with the temperatures reaching below 0°C along with a heavy snowfall. Heavy woollen clothes are recommended during the winters that comprise of woollen caps, coats, mufflers, mittens and rubber boots to escape the snow.

Things to do in Naggar


Explore more about Tourism in Kullu