Kullu, a popular hill station and tourist destination of north India has strong association with the ancient India. The place, once used to be called as “Kulantapitha”, has been mentioned in the Puranas and the Hindu Epics. The place has also been closely associated with the development of Sikhism. The Kullu and its surrounding areas have been occupied by many foreign invaders and have been under the rule of different dynasties. During the British Rule in India, Kullu and many other places of Himachal Pradesh were popular summer retreats for the officers of the British Government in India. 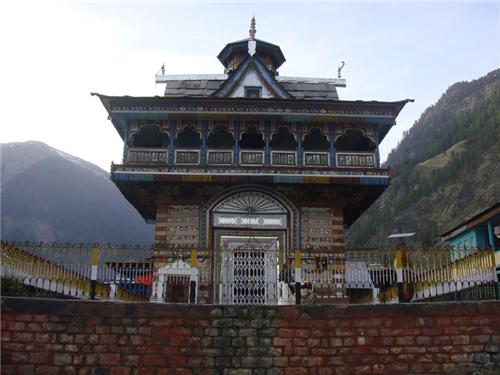 Being close to Tibet, Kullu has been the residence of many Buddhist people. Kullu has got religious shrines belonging to almost all religions especially Hindus, Muslims, Sikhs, Christians and the Buddhists. Here in this article readers will get information about different religious places in Kullu District.

This temple was constructed by Raja Jagat Singh and has a pyramidal structure. The idol of this temple was bought from Ayodhyaya and was installed here till 17th century AD. The temple repair and renovation was done by Raja Dilip Singh in 19th century. The temple offers free Langar (community lunch) for the visitors. There are also hot bath arrangements and accommodations are there around this temple.

One of the most important shrines of Kullu, Raghunathji Temple is dedicated to Lord Rama, the main deity of Kullu. It is believed that the idol installed at this temple had been bought by Lord Rama when he had performed the “Ashwamedh Yagya”. The temple architecture showcases amalgamation of Pyramid style and the Pahari Architecture. The temple was built by the king in order to get rid of the curse of a Brahmin. 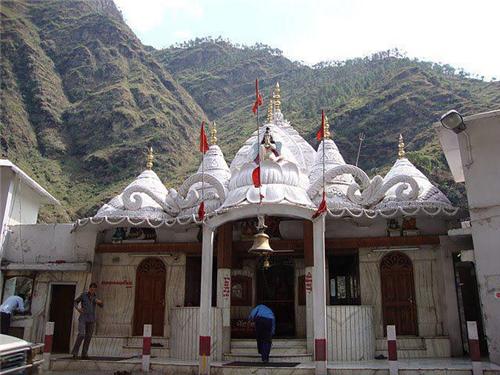 Located on a small peak, this religious shrine is visited by many Hindus. The amazing location of the temple makes it a popular place for all types of tourists. The temple has a glistening streaming flowing at its foothills.
The location of this temple is about 36 km away from Kullu and nearby locations of the temple has ample numbers of opportunities for trekking, camping and sightseeing.

This foundation stone of this temple located just few kilometers away from Kullu was laid by Swami Sevak Das Ji Maharaj in the year 1962. The temple has main deity as Devi Parvati who is also called Mahadevi. The temple is located on the banks of Beas River and has many other shrines within the temple premise. Throughout his life, Swamiji believed, practiced and preached about “selfless service”. The temple is also known as Vaishno Devi Temple.

This temple is located in a village situated about 10 km away from Kullu. The village Bhakhali has all the residents as Brahmins. The Bhakhali Temple has the main deity as Bhuwaneshwari or Jagannathi Mata, who is the sister of Lord Vishnu. The temple is one of the ancient tempels of Himachal Pradesh and is about 1500 years old. The temple lawn has a stone statue of a lion and walls of the temples have wonderful paintings showing Devi Durga in different forms. 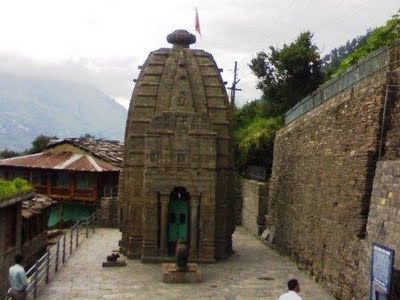 This temple dedicated to Devi Gauri and Lord Shankar is located about 30 km away from Dashal. This pyramidal temple was built in 14th century AD. The walls of the temple have different images. Inside the temple there is a Shiva-Lingam installed.

This temple dedicated to Lord Brahma is located at Khokhan. The temple has Pagoda Style and was constructed during 14th century. Within the temple premise, there are 3 temples. The entranceway of the temple has a huge door with carvings from Puranas. Visitors could get an excellent view of the surrounding from this temple premise.

This temple is one of the oldest temples of the region and was constructed during 9th century AD. The temple architecture was based on “Panch Dev Puja Padhati” instructed by Adi Shankaracharya. According to this system, at this temple five Gods are worshipped at a time. There is a Shiva Lingam installed inside the temple and there are idols of 4 other Gods inside the temple. They are Lord Vishnu, Ganesha, Surya and Devi Durga.

Naggar houses two temples dedicated to Lord Vishnu. One of these temples is located on the right hand of the road leading to Naggar Village. The temple has pyramidal shape and it is considered as one of the most important temples in terms of architecture. The famous festival of Kullu, “Ganer” starts at this temple. Another Vishnu Temple is located on the eastern part of the castle. This temple is also having pyramidal architecture. The temple has an idol of Lord Vishnu installed in it. 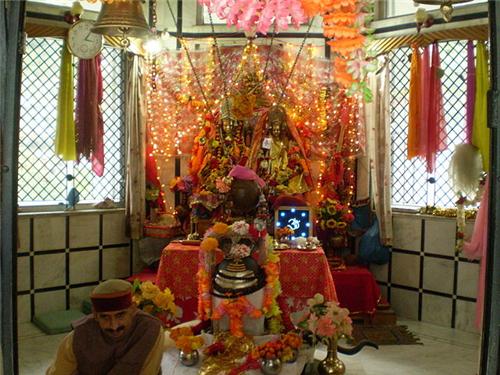 The idol is made with 8 metals (astadhatu). There are 4 arms of this idols and it is installed on pedestal. The idol is about 4 ft high.

This temple has the structure similar to a pagoda having 3 roofs. The temple was built by Raja Yashodhapal. The temple has idols of Lord Vishnu, Lord Shiva, and Lord Brahma and also of Goddesses Parvati and Laxmi. The popular fair of Tripura Sharhi Jatra is held at this temple. 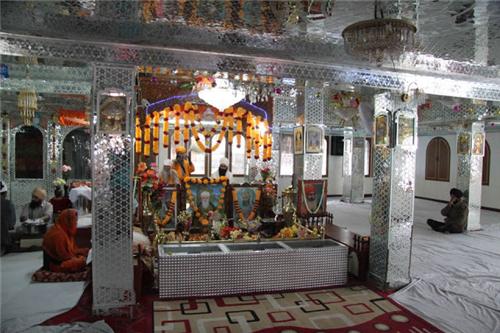 The Gurudwara also has hot springs and temples in the near vicinity and devotees from all over the world come here to take a dip in these hot water springs.

This monastery in Kullu has its mother monastery located at Tibet. It was established around 400 years ago in Tibet by 3rd Drupka Choegon Rinpoche. Kullu was blessed by the vsiti of Padmasambhava and other Mahashiddhas and is considered as one of the sacred places of Chakrasamvara. This Drupka Kagyu Lineage Monastery in Kullu has been re-established by the recent Choegon Rinpoche under the supervision of 3 root gurus.

Christ Church in Kullu is situated at Lanka Bekar Road, Dhalpur. For the Christian community of this area, the church is a place of worship and social meetings. During festivals like Christmas, the church is decorated and stands as an epitome of faith and love in the heart of the Kullu Town.