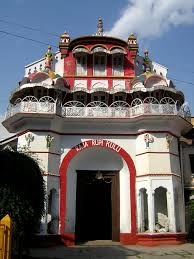 Kullu is one such place in northern India that has witnessed many dynasties and rulers and has been part of many religious movements. Kullu houses many interesting monuments which are significant in terms of history and architecture.

Kullu Valley is nestled among lush green surroundings with huge mountains, green valleys and dense forests making it a place with scintillating natural beauty. Apart from amazing natural surroundings that attract nature lovers to this place, Kullu is visited by many pilgrims as it is known as “Dev Bhoomi”, the land of Gods.

Sultanpur Palace in Kullu is one of the most important monuments that is known for its association with the royal family and also with the prime deity of Kullu Valley, Raghunathji.

Sultanpur Palace in Kullu is still inhabited by the members of the royal family. The palace is also popularly known as Rupi Palace and is famous for its magnificent structure. The original palace was badly damaged during the devastating earthquake that took place in 1905. The palace was rebuilt and while reconstruction sincere efforts have been put in to ensure the original form of the palace is maintained. The palace was built by Raja Jagat Singh in the year 1660. 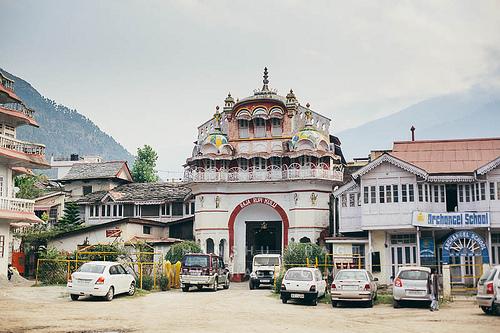 Sultanpur Palace is famous for its architectural splendor and also for its collection of Pahari Miniature Paintings that attract art lovers from all over the globe. The architecture of this palace is influenced by the local style, Pahari Style. The structure of Rupi Palace also has blending of Colonial style thereby giving it a unique look. The entryway of this palace is built using huge wooden logs. Sultapur Palace is still used as the residential place for the members of the royal family so taking prior permission to visit this wonderful place in Kullu is mandatory.

Nearby Attraction of Sultanpur Palace Kullu

The best time when one could actually get to feel the essence of Kullu is during the Dussehra Festival. Raghunath Ji Temple in Kullu is located in close proximity of the Sultanpur Palace and it is a significant religious shrine of Kullu. The famous Dussehra Festival of Kullu which has been notified as the international festival starts at this temple premise. 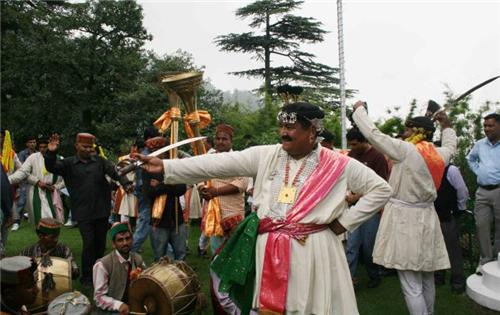 The grandeur of Dussehra Celebration started since 1651 when an idol of Lord Raghunathji from Ayodyaya got installed in the Raghunath Temple constructed by Raja Jagat Singh as the mark of repentance. A week-long celebration including Rathyatra (Chariot-journey) of Raghunathji attracts tourists from all over the world to Sultanpur.

How to Reach Sultanpur Palace Kullu

Kullu is very well connected to the major cities and towns of north India. It has got direct bus services linking the town with the places like Delhi, Chandigarh, and Amritsar, Ambala, Shimla, Manali and others. Private buses as well as government run buses are there in abundance to ensure tourists and pilgrims could reach Kullu without any hassle.

The nearest railhead to Kullu is Jogindernagar located at a distance of 100-120 km from Kullu Town. This railhead connects Kullu Town with the rest of India and ensures pilgrims can reach comfortably. From the railway station, travelers can take taxis or buses to reach Kullu Town or to the Palace directly.
For the travelers who would like to travel by air, the nearest airport Bhuntar is only about 10 km away so travelers can reach Kullu town by bus or by taxi that are available in abundance.

The best time to travel to Kullu is the summer months from March to mid-June before the monsoon sets in. The nearby sightseeing and some other activities are possible during summer months. Many travelers prefer to reach Kullu during winter months so that apart from enjoying visit to important places they could enjoy snowfalls and the chilly weather of Kullu and surrounding areas.